Diamonds and other precious and semi-precious gemstones are extracted from the earth namely three main types on  mining. These diamond extraction methods vary depending on how the minerals are deposited within the earth, the stability of the material surrounding the desired mineral, and the peripheral damage done to the nearby environment. Each diamond is different, which means our approach at each of our operations must be different – tailored to the geology and conditions we find. 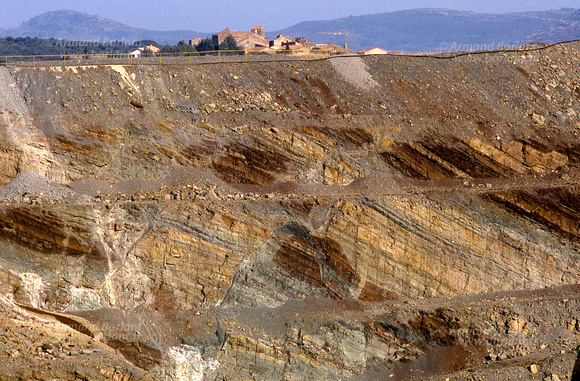 Open-pit diamond mining, also known as “open-cast mining” is a method of extracting rock and minerals from the earth by removal from a machine-dug open pit or burrow. Open pit mines are typically used when mineral deposits are found close to the surface or along defined kimberlite pipes. Open pit mining is used when the surface material covering the deposit is relatively thin and/or the desired minerals are imbedded within structurally unstable earth that is unsuitable for tunneling. Small “pit lakes” tend to form at the bottom of open-pit mines as a result of groundwater intrusion.

Underground mining refers to a variety of techniques used to mine gems, minerals, and ore bodies by tunneling underground and creating underground rooms supported by timber pillars of standing rock. Accessing the underground ore is achieved namely a “decline” or a “shaft”. A “decline” is a spiral tunnel which circles the side of the ore deposit or circles around the deposit. A “shaft” is vertical tunnel used for ore transport and runs adjacent to the ore. A “decline” is normally used for personnel and machinery access to the ore. 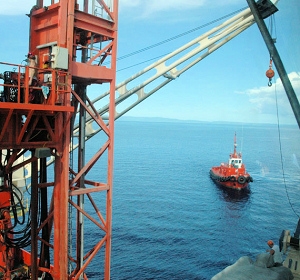 Marine mining technology only became commercially possible in the early 1990s. Marine diamond mining employs both “vertical” and “horizontal” techniques to mine diamonds from offshore placer deposits. Vertical marine mining uses a 6 to 7 meter diameter drill head to cut into the seabed and suck up the diamond bearing objects from the sea bed. Horizontal mining employs the use of Seabed Crawlers (remotely controlled, CAT-tracked underwater mining vehicles) move diagonally the sea floor pumping gravel up to an offshore vessel. 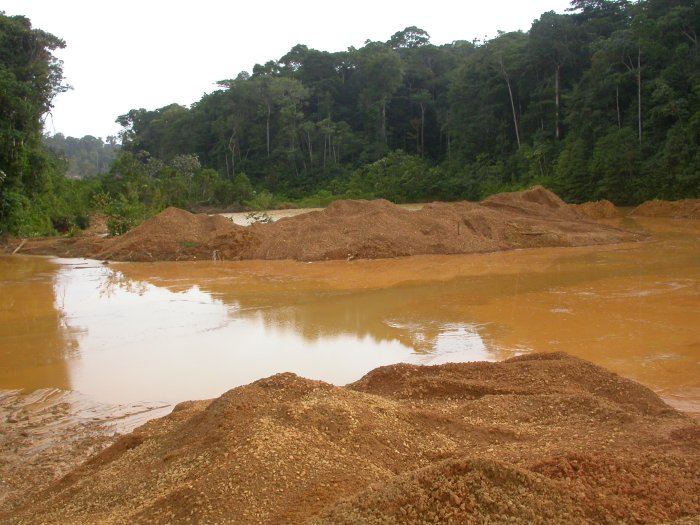 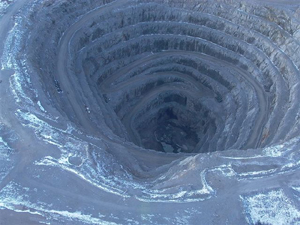 The Ekati Diamond mine is Canada’s first surface and underground diamond mine.  It is situated at Northwest Territories at Lac de Gras, 310 km north-east of Yellowknife and about 220 km south of the Arctic Circle. Ekati Diamond mine officially began operation on 1998.

The mine is operated by Diavik Diamond Mines Inc., a subsidiary of Rio Tinto plc, one of the largest and most highly regarded mining companies.

The Ekati mine is distinguished for the premium gem quality diamonds it produces.  The largest diamond produced to date at the mine is the 78 carat Ekati Spirit.  A production milestone of 50 million carats was achieved in 2011. 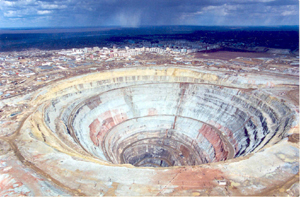 The Diavik Diamond Mine is a diamond mine in the North slave Region of the Northwest Territories, Canada, about 300 km north of Yellowknife.  It has become an important part of the regional economy producing approximately 7.5 million carats of diamonds annually.

The mine is owned by a joint venture between the Dominion Diamond Corporation and Diavik Diamond Mines Inc., a subsidiary of Rio Tinto Group. The lifespan of the mine isexpected to be 16 to 22 years. 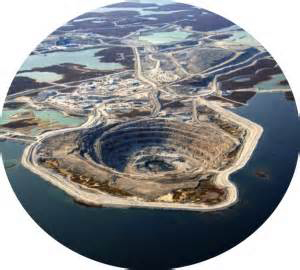 The Victor Mine is located in the James Bay Lowlands of Northern Ontario, approximately 90 km west of the coastal community of Attawapiskat First Nation.

The Victor Open Pit Mine is Ontario’s first diamond mine, began development in January 2006 and came into production in spring 2008.  The value of the diamonds extracted, at about $440 per carat, is one of the highest in the world.  At full capacity, the mine is expected to produce about 600 000 carat a year over a 12-year open-pit mine life. 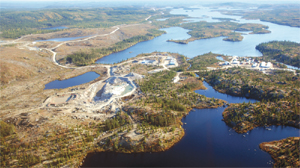 The Renard mine is one of the largest diamond mines in Canada. The Renard Diamond Project is located approximately 250 km north of the Cree community of Mistissini and 350 km north of Chibougamau in the James Bay region of North-Central Québec.The mine has estimated reserves of 17.6 million carats of diamonds and an annual production capacity of 1.6 million carats.

The project benefits from a large and growing resource, good mining conditions, and the development of direct-to-mine road infrastructure.   A first for diamond mining in Canada, year round road access will allow Renard to be developed and operated with significantly reduced costs and operating risk.  In an era of steadily growing diamond demand and decreasing supply, Renard is one of the best undeveloped diamond deposits in the world today.